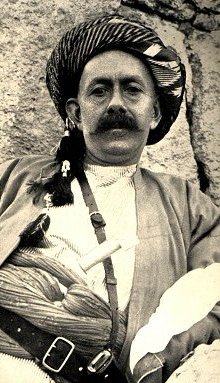 Contemporary history
Some key events since the early 20th century.
1918: Sheikh Mahmoud Barzinji becomes governor of Suleimaniah under British rule. He and other Kurdish leaders who want Kurdistan to be ruled independently of Baghdad rebel against the British. He is defeated a year later. [1]
1923: The Treaty of Lausanne between Turkey and the allied powers invalidates the Treaty of Sevres, which had provided for the creation of a Kurdish state. [2]
1925: After sending a fact-finding committee to Mosul province, the League of Nations decides that it will be part of Iraq, on condition that the UK hold the mandate for Iraq for another 25 years to assure the autonomy of the Kurdish population. The following year Turkey and Britain signed a treaty in line with the League of Nation’s decision. [3]
1970: The Kurdistan Democratic Party, lead by Mustafa Barzani, reaches an agreement with Baghdad on autonomy for Kurdistan and political representation in the Baghdad government. By 1974, key parts of the agreement are not fulfilled, leading to disputes. [4]
1971-1980: The Iraqi government expels more than 200,000 Faili (Shia) Kurds from Iraq. [5]
1975: The Iraqi government signs the Algiers Agreement with Iran, in which they settle land disputes in exchange for Iran ending its support of the Kurdistan Democratic Party and other concessions. [6]
1983: The Iraqi government disappears 8,000 boys and men from the Barzani clan. In 2005, 500 of them are found in mass graves near Iraq’s border with Saudi Arabia, hundreds of kilometres from the Kurdistan Region. [7]
1987-1989: The Iraqi government carries out the genocidal Anfal campaign against Kurdistan’s civilians, of mass summary executions and disappearances, widespread use of chemical weapons, destruction of some 2,000 villages and of the rural economy and infrastructure. An estimated 180,000 are killed in the campaign. [8]
On 16 and 17 March 1988, Iraqi government airplanes drop chemical weapons on the town of Halabja. Between 4,000 and 5,000 people, almost all civilians, are killed. [9]
1991: The people in Kurdistan rise up against the Iraqi government days after the Gulf War ceasefire. Within weeks the Iraqi military and helicopters suppress the uprising. Tens of thousands of people flee to the mountains, causing a humanitarian crisis. The US, Britain and France declare a no-fly zone at the 36th parallel and refugees return. Months later, Saddam Hussein withdraws the Iraqi Army and his administration, and imposes an internal blockade on Kurdistan.
1992: The Iraqi Kurdistan Front, an alliance of political parties, holds parliamentary and presidential elections and establishes the Kurdistan Regional Government.
1994: Power-sharing arrangements between the Kurdistan Democratic Party (KDP) and the Patriotic Union of Kurdistan (PUK) fall apart, leading to civil war and two separate administrations, in Erbil and Suleimaniah respectively.
1998: The PUK and KDP sign the Washington Agreement, ending the civil war.
2003: The Peshmerga, Kurdistan’s official armed forces, fight alongside the coalition to liberate Iraq from Saddam Hussein’s rule.
2006: At the start of the year, the PUK and KDP agree to unify the two administrations. On 7th May, Prime Minister Nechirvan Barzani announces a new unified cabinet. 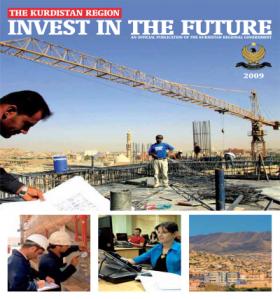 The Kurdistan Region: Invest in the Future 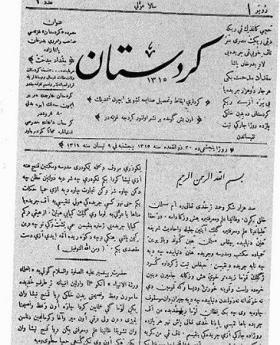 Kurdish, the most widely spoken language in the Kurdistan Region, is in the Indo-European family of languages.
The Kurdistan Region’s official languages for government purposes are Kurdish and Arabic.
The two most widely spoken dialects of Kurdish are Sorani and Kurmanji. Other dialects spoken by smaller numbers are Hawrami (also known as Gorani) and Zaza.
The Sorani Kurdish dialect uses Arabic script while the Kurmanji Kurdish dialect is written in Latin script. Sorani is spoken in the cities of Erbil and Suleimaniah, while Kurmanji is spoken in Duhok. As the Region’s Kurdish-language media has developed and the population has moved, today nearly all people in the Kurdistan Region can speak or understand both of the major dialects. The Kurdistan Regional Government’s policy is to promote the two main dialects in the education system and the media.
Arabic is also an official language and is widely spoken or understood. Assyrian Neo-Aramaic, Chaldean Neo-Aramaic and Turkmani are also spoken by their respective communities.
The Kurdistan Regional Government promotes linguistic diversity and rights, and schools have been established that teach mainly in Assyrian Neo-Aramaic, Chaldean Neo-Aramaic, Turkmen and Arabic.
[Conversational phrases in Kurdish, Sorani and Kurmanji]
A few basic expressions in the Sorani and Kurmanji dialects.
English – Sorani Kurdish – Kurmanji Kurdish
Hello – Rozh-bash – Rozh-bash
Good morning – Beyanee-bash – Beyanee-bash
Welcome! (on arrival) – Be kher bi(t) – Be kher hati
Goodbye – Khwa-hafees – Khwa-hafees
Thank you – Supas – Supas/Mamnoon
You’re welcome – Ser chaw / Sha-ee neeya – Ser Chaava
How are you? – Chonee? – Chaawayi?
Are you well? – Bashee? – Bashee?
I’m fine, thank you – Bashem, supas – Bashem, supas
What’s your name? – Naw-et cheeya? – Nav-ey ta cheeya?
My name is John – Naw-em John-ah – Nav-ey min John-ah
What would you like to drink? – Chee dakhoy? – Chi vadkhui?
Tea (without sugar) – Chai (bey shakir) – Chai (bey shakir)
Please – Zahmat Nabe – Bey Zahmat
Where is the bazaar? – Bazaar le chweya? – Bazaar la kidareya?
Where is the Khanzad Hotel? – Otel Khanzad la chweya? – Otel Khanzad la kidareya?
Yes – Aa / Balay – Aa / Balay
No – Na – Na
OK – Balay – Balay/Arey
Note: The spellings used here are transliterations from English, to make it easier for non-Kurdish speakers to read the pronunciation. 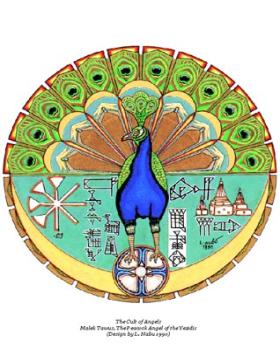 Religious freedom and tolerance
The majority of people in the Kurdistan Region are Sunni Muslims, mainly of the Shafi’i school. Some Muslims in the Region follow Sufi orders.
There are also a large number of Christians of different churches, such as Syrian Catholic, Syrian Orthodox, Assyrian Church of the East, Armenian, and Catholic Chaldean.
A religion that is practiced only in Kurdistan is Yazidism, which has tens of thousands of adherents.
The Kurdistan Regional Government protects people’s freedom to practice their religion and promotes inter-faith tolerance.
For further reading about religion in Kurdistan, see the book Kurdistan Land of God, bilingual in English and German, by Francois-Xavier Lovat.